Tracking in EVE seems fairly complex, however in reality there is simple math behind the scenes. This little article plans to break-down the tracking equation to help you understand how it works in-game, and how you can best improve your hit quality. Also, EVE-O hasn't been wonderful at explaining tracking, so there may be a few things here that previously you thought worked differently.

Here is the EVE tracking formula:

It looks like a complex piece of math at first, but it's really 3 easy parts combined together:

So to summarize the formula, it is:

The above math results in the following key points:

EVE-O explains that Gun Resolution is the area in which the 'bullets' will spray. If Gun Resolution is greater than Signature Radius, then your damage will be reduced accordingly. This is only true if there is transversal. If you are standing still, you will be hit for 100% of the damage.

If you look carefully at the tracking formula, you will notice that Part 1a and Part 1b are multiplied by each other, and Part 1a contains Transversal. As we all know, multiplying a zero will result in a zero, leaving only distance being taken into account for your hit chance.

Note that this is different to missiles, where your sig radius will always result in you taking less damage. It also explains why large artillery can instapop frigates, and why unbonused torps cannot unless the target is kind enough to be stationery with his MWD enabled :)

Target Painters do what for tracking?

For the purposes of turrets, an increase to your tracking speed (e.g. Tracking Computers) is performing exactly the same function as an increase to the targets Sig Radius. Therefore, anything that increases either of those two factors will provide the exact same increase in your ability to lay down the hurt. Therefore, some simple numbers:

The most efficient means of increasing your ability to hit a fast moving target with turrets is with a Target Painter, assuming you have the skills, or can place the TP onto a bonused ship. If you combine T2 painters with skills and ship bonuses, it's 66% more effective than a T2 Tracking Computer with speed scripts.

Just pay attention to optimal and falloff with Painters, that's the balancing attribute.

Now, EVE also has this wonderful attribute called 'stacking penalties'. Therefore running two Tracking computers means the second one suffers a penalty. Since an increase to Sig Radius and Tracking Speed are different attributes, these don't stack. So imagine having two Target Painters lighting up a target, and two Tracking Computers. It's a substantial boost to your ability to hit.

But tracking only really helps when trying to hit fast moving targets, right?

Not at all. The issue with tracking is that it is invisible to you, which is also why I believe Tracking Disruptors are so potent, people do not see the impact unless they are paying attention to damage notifications. Obviously when tracking crosses the line of 'can / cannot' hit, it's very apparent, and most of those fine line situations are against fast moving targets. However, let's take another example, in this case we have:

Note, these percentages are created by having 25% more tracking (due to skills). However, this numbers are even greater if the tracking difference is greater, e.g. through a Tracking Computer, or Target Painter.

So how do I increase Tracking?

Show me some graphs

An increase in Tracking Speed and Signature Resolution result in the same thing for tracking with turrets. Target painters provide a greater increase to turret tracking than tracking computers. 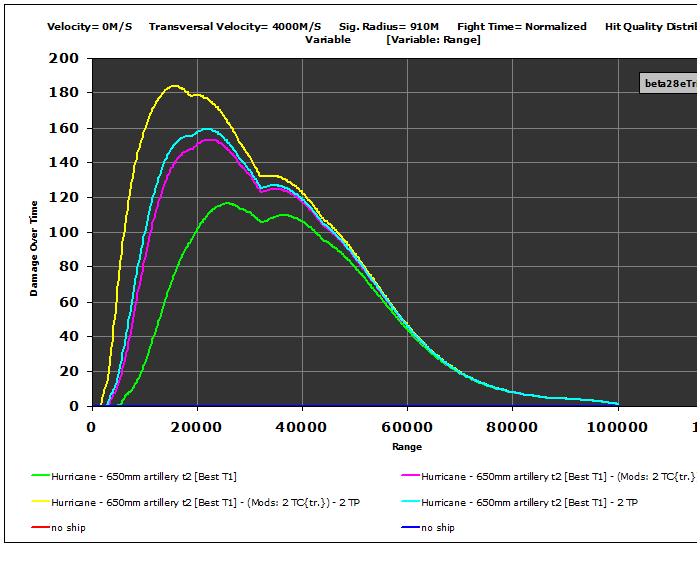 Comparison of Hurricane with autocannons and tracking skills 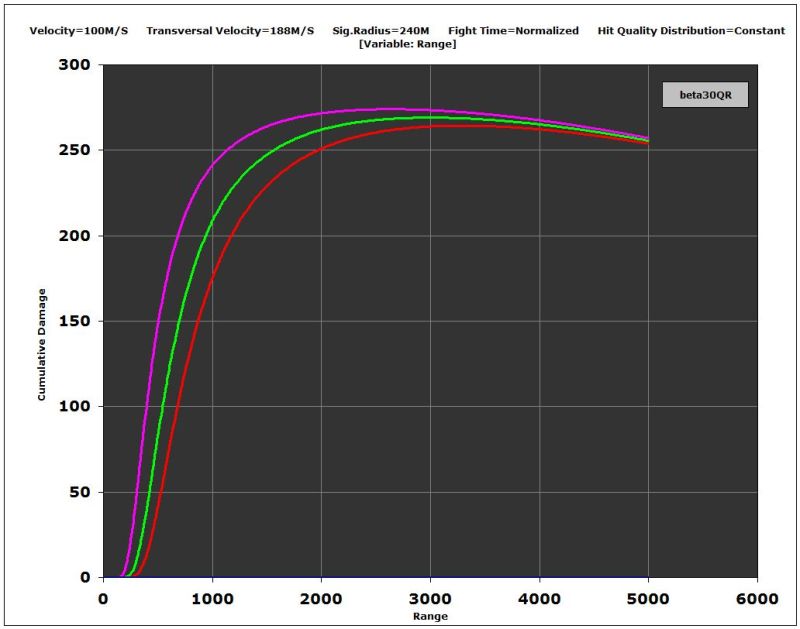 I hope the above helped you to understand how turret tracking in EVE works. Obviously tracking is important, however like all things in EVE it's a balance of skills and fitting.

Will Motion Predication skills and a Tracking Computer (tracking speed) / Target Painter always provide a turret user a benefit? Yes, in all circumstances except where transversal is 0 (i.e. both ships never have *any* lateral movement for the entire engagement), and very negligible (and probably not noticeable) when fighting at extreme range. However, where you are not fighting up close, or you start shifting beyond the peak of the DPS curve, tracking becomes largely irrelevant and range starts to play a bigger factor. Personally I am not planning on fitting a Target Painter on my Hurricane any time soon, I would rather fit a Tracking Disruptor, however do not assume that the Motion Predication skill is not doing anything for you, it just could be doing a lot.

So now that we have the parts, let's use an example to try bring it together.

A vagabond is orbiting your poor stationary battlecruiser at 20,000 meters, and this nano pilot makes this vagabond power at 4,000 m/s (darn nano heads). You fire up your Heavy Pulse lazors and (tracking calculation kicks in):

So, your guns are moving at half the speed (0.1 rads/sec) that the vaga is orbiting you (0.2 rads / sec). If you were to punch in the data into the hit formula, your damage would be extremely close to 0. However, this is only half of the story, and zero is nowhere close to reality. Let's punch this data in part 1:

Tracking is an arbitrary number, guns don't really track the physical target and it's not an on/off switch. For example, if the angular velocity was 0.2, and:

To show this via the formula again:

As you can see, tracking isn't binary - it simply impacts the chances to hit, and therefore over time the average DPS you perform.

Back the above example, since that Vagabond is using MWD to achieve those figures, this makes him a much bigger target (910 sig radius). Back to the calculation:

Now our guns can easily track that vaga, they have gone from being half the speed, to being nearly 4x quicker. If you now punch the data into the hit formula, your damage is closer to 50% DPS, however the reduction in DPS is largely due to the Vaga orbitting outside optimal range of your lazors. If that vaga was closer to optimal (15,000), that DPS percentage climbs to 91%

The resulting Hit Chance gets plugged into a second equation where the 'quality' of the hit is determined, including if the shot results in a wrecking shot.

To put it simply, EVE picks a random number between 0 and 1 (constant)

A quick example. I am firing upon a frigate, which is standing still, and it's slightly in falloff giving me a hit chance of 50%. EVE rolls it's random number and: